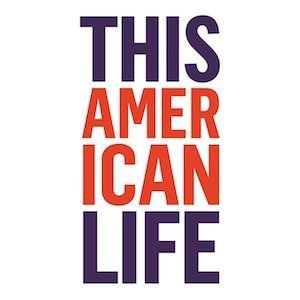 This American Life was the first podcast that I listened to on a regular basis, but that doesn’t explain why I’ve listened to each episode (nearly 600) and why it remains my favorite podcast of all time. It’s a storytelling tapestry unlike a novel, movie, news show, or personal narrative. Actually, it’s a bit of all those, but…

Let’s start with the basic premise, which I wasn’t so sure about early on, but came to see its brilliance as the show progressed. They’ll pick a theme, then present stories on that theme. Sometimes just a single story, but most often two to four vignettes are featured.

The content ranges from first person narrative to investigative journalism, and almost every shade of gray in-between. There’s the occasional piece of fiction tossed in, but otherwise it’s about real people living real lives. The stories are humorous, heartbreaking, gut wrenching, insightful, inspiring – sometimes all of the above – you never know what you’re going to get.

And the mastermind behind the show? That honor goes to Ira Glass, who’s hosted the show from the beginning. Ira was named best radio host in the country by Time Magazine, and he received the highest individual honor in public broadcasting, the Edward R. Murrow Award.

It’s difficult to describe the magic that Ira infuses into each episode. He presents some facts, questions assumptions, and draws conclusions while weaving the narrative components in what becomes a most unique fabric. From the standpoint of telling us the truth, more often than not, This American Life leaves us wondering what’s actually true, and what may be the biased product of someone’s fading memory.