One of the beautiful aspects of storytelling in the digital world involves the inclination of the story you’re reading (or watching) to magically lead you by the hand, so to speak, to another relevant and connected story, sort of like a squirrel scampering from one branch to the next.

In my case, this act of magic happens after I receive a Nieman Storyboard email newsletter. Case in point, within the December 27th edition Jacqui Banaszynski mentioned that she looks forward to magazine freelancer Barry Yeoman’s annual list of favorite longform stories.

The 2019 version is a diverse and thought-provoking list, with something for everyone, so do dive right in, there’s a special treat waiting for you there. One story Jacqui highlighted was “The Long Road Home” by Deborah Barfield Berry and Kelley Benham French of USA Today.

The 40 hour journey of Wanda Tucker from Virginia to Luanda, Angola also spans some 400 years, back to the days when Africans were taken from their homeland and forced to live in, what was at the time, the English colonies.

It’s a heartbreaking story, reminding us that certain groups of humans, throughout history and into the present day, believe that having darker skin is proof enough that someone else isn’t completely human. (although it seems more logical that the reverse is true, but I digress)

Those in power justified slavery with the values at the time – prosperity, survival, the cleansing of souls and the expansion of the empire.

Having moved to Portugal a few months ago I’m still in the very early stages of learning about the country’s history, especially those aspects which involve colonization. My naive view had limited that topic to just Brazil, but I am coming to realize the complexity of Portugal’s history.

It was the article on Wanda Tucker that opened my eyes to Portugal’s involvement in Africa, as well as their participation in the slave trade, especially the slave trade in Angola. How did I not know this? Did they not teach me this in school? Or had I conveniently forgotten? I was shocked by the brutality of it all, as slave traders would often capitalize on the dynamics of warring factions within Angola’s borders.

The Portuguese gave guns to Imbangala soldiers in return for slaves. Armed with superior weapons, Imbangala soldiers captured and sold natives on a far larger scale as every new slave translated into a better-armed force of aggressors. 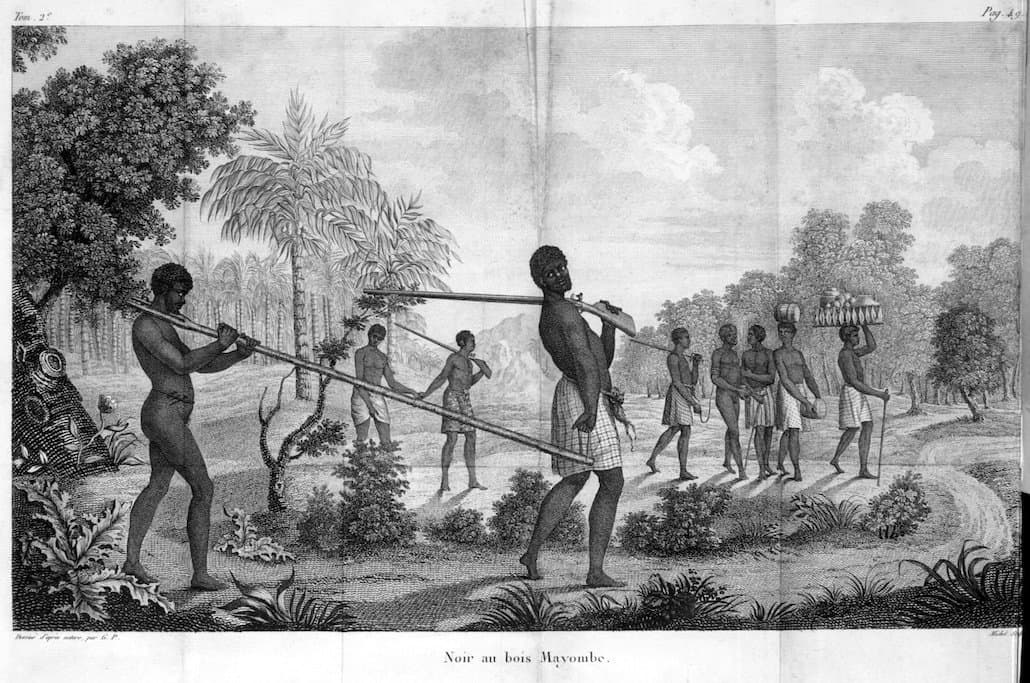 “Capture and Coffle of Enslaved Africans, Angola, 1786-87”, Slavery Images:
A Visual Record of the African Slave Trade and Slave Life in the Early African Diaspora

Unfortunately, it is all too common to limit an understanding of history to our own, localized situation rather than fully embrace the big picture. While I knew that slaves were brought to America from Africa, my thoughts centered on the plight of these slaves once they were living in the deep south – how they were treated, how they were ultimately emancipated, how they are still treated by many – not on the point of origin, method of capture, or the participation of European countries playing ethnically superior colonial rulers. I was missing half the story.

I’m far from done with my newfound quest to better understand the history of slavery in America, as well as the lingering remnants of ethnic prejudice and discrimination that still exist within much of the population. And this quest will serve as a reminder to look beyond the immediate scope of any (every) story created within the confines of limited knowledge.

Do read the USA Today story about Wanda Tucker, and if you’re in the process of crafting a personal narrative, ask yourself what truths lie one step beyond, one lever deeper. They may help you create a more impactful story.