Despite its rather modest size – the current population hovers around 1,000 – the history of Plymouth, California is something of a cultural stew that contains flavorful and contentious stories of both mining and viticulture. Its modern day persona is that of a waypoint in the middle of the Amador County wine country, but a century and a half prior, the area was a puzzle piece within the geological landscape that played host to the California Gold Rush. 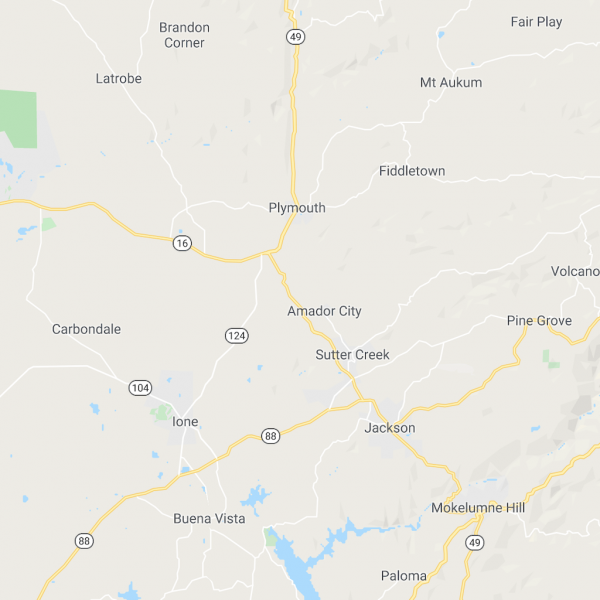 My 48-hour residency there was the result of a friend’s wedding nearby at Amador Cellars. A beautiful event indeed, with the red, gold and yellow hues of the vineyard serving as a vivid palette for the couple’s nuptial bliss.

While most of those in the area were of European decent, there was a small contingent of Chinese who had ventured from San Francisco to seek their fortune, and during the morning hours before the wedding ceremony became the center of my attention, I took a slow stroll through town and came across a building that had been owned by one of those immigrants. 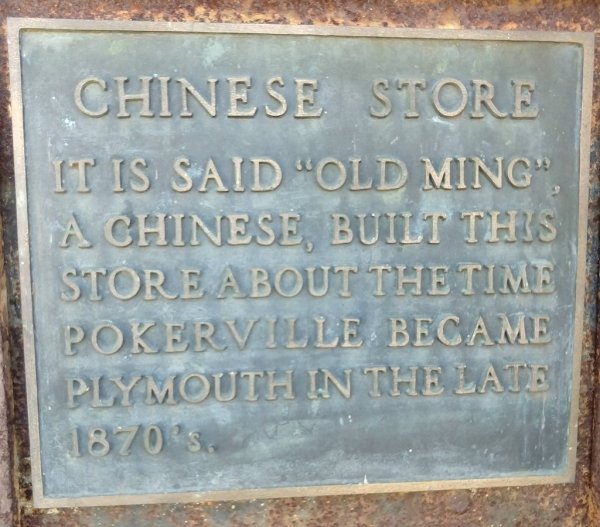 So Plymouth used to be called Pokerville? Who was Old Ming, and how did he play into the Gold Rush story? What happened to him?

Returning to my hotel I was certain that a quick search would clear the air and provide me with a sense of historical enlightenment, but my grand assumption proved incorrect. 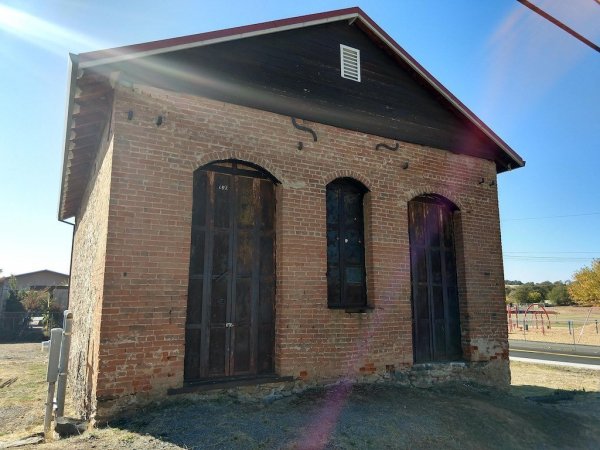 Plymouth never had much of a Chinese population, but in 1882 Ah Ming purchased a building of stone and brick on Old Sacrament Road where he operated a store. Known to locals as “Old Ming”, he apparently kept a vegetable garden behind the store and sold firecrackers, as well as general merchandise … his store stands as the only reminder of Chinese presence in Plymouth. Excerpt from Banished and Embraced by Elaine Zorbas.

That was it. Just one fleeting mention from a single authoritative source. We can skip the chronological inconsistency (was it the late 1870’s or 1882?) and the conflicting information offered up by various online sources as to whether or not Plymouth had once been referred to as Pokerville, or even Puckerville before that.

What I found disheartening was the fact that none of the stories – Ah Ming’s or the store’s – had apparently been preserved. That Ah Ming was a proprietor in town, as opposed to a laborer in the mines, spoke volumes about the life events that brought him to Plymouth in the first place. What products did he sell, who were his customers, and most importantly, what stories were told behind that brick and steel facade?

What is known from other accounts is how difficult life was for Chinese immigrants during this time. Similar to the actions of many today who seek to vilify immigrants, anyone who didn’t come from European stock was often looked upon as something less than fully human.

So as you craft your own personal story, consider the value that your words and experiences can bring to current and future generations. I have a feeling that Ah Ming could have taught us a thing or two about honor, respect, and compassion for those who are different than us.