There will be many world-changing stories throughout the 21st century. Artificial intelligence and genome science are two that will alter the very nature of how humans exist and interact. But it may well be the story of climate change that is the most important of them all, as it’s a story which describes how the nature of our entire planet will be changed in ways that make it much less hospitable to life itself.

It’s difficult to find a metaphor that properly parallels climate change, but there’s one I often use that’s close. Like a car traveling at 100 mph towards a brick wall, when you apply the breaks, and how hard you push on the brake pedal, will determine the outcome. Too little, too late is not an approach that works well in this scenario.

Some say the wall doesn’t exist, others see the wall yet feel we still have plenty of time to react. I’m in the group who believes that no matter how hard we brake, a collision of some sort is inevitable. We have long since passed the point at which a safe stop can be executed. (I truly hope that I’m wrong in my thinking, but many trends are going in the wrong direction) 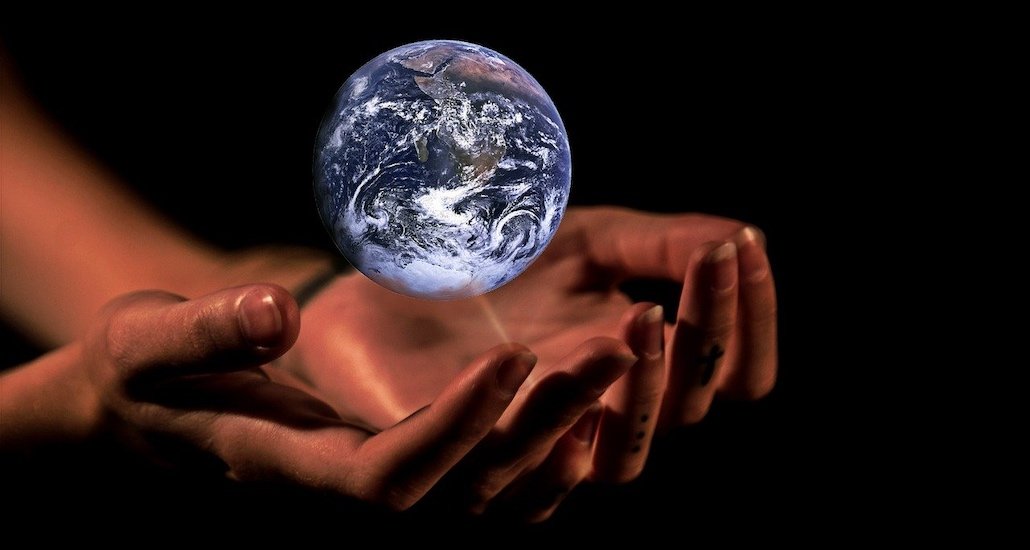 How that story ultimately plays out is dependent upon all of us, but I have my doubts that the story will have a happy ending without honest and committed leadership. On that front, many leaders have chosen to ignore reality, but others are making heroic efforts to create a different outcome, one that turns the CO2 tide and ensures a vibrant future for humanity.

At the 2016 TED Conference, one of these heros took the stage to tell her story of challenge and of hope on the topic of climate change. Having served as the Executive Secretary of the UN Framework Convention on Climate Change (UNFCCC), Christiana Figueres understood the topic well, having played a pivotal leadership role leading up to the Paris Agreement in 2015.

In her TED Talk, Christiana observes that perspectives and mindsets need to shift if we are to address the critical issues that climate change represents, and uses the shift from failure at the 2009 United Nations Climate Change Conference in Copenhagen to the success achieved six years later in Paris to illustrate what can happen when decisions are based on a shared vision of the future instead of protecting one’s own turf.

As inspiring as Christiana’s talk was, it left me wanting to know more about her background, passion and motivation. That’s often an issue with developing a short presentation – this was under 15 minutes – as there’s only so much information that can be included. The fact that she worked on the Paris agreement lends credence to her qualifications as a speaker, but I knew there was so much more to the story and was therefore left a bit unsatisfied.

Which is why The TED Interview Podcast is so brilliant. Debuting in 2018, the format allows Chris Anderson an opportunity to get behind the interviewee’s talk as a way to understand more of the speaker’s background, their motivation, and how their talk is playing out in the months or years since.

After you’ve had a chance to watch Christiana’s TED Talk, pour yourself another cup of coffee and listen to the podcast interview. You’ll gain a much better understanding of who she is, why she ended up in such a critical position, and how her desire for a sustainable world continues to feed her passion.

And here’s the challenge: Were there parts of the interview that you felt should have been included in her TED Talk? If so, what parts of the TED Talk would you have pulled out, assuming the length had to be the same? You will face the same issue when trying to determine what events, feelings and insights you want to put into your narrative, and which ones to leave out. Narrative impact will vary greatly based on this selection.

While creating your story blocks you will need to determine how long each one is, and which ones to leave in the final version. If you’re creating multiple versions – 15 minute short talk vs. 45 minute keynote – those decisions will be different, as will also be the case when addressing different audiences. Before speaking, understand who is listening.

p.s. For those of you interested in being part of the climate change solution, check out TED’s bold initiative – Countdown – that is bringing the world’s foremost experts and thought leaders to the table as a way to create impactful solutions while also encouraging grass roots, community-based movements to support the goal of environmental stability.