In addition to being a lawyer, politician and philosopher, Cicero (Marcus Tullius Cicero) was also a preeminent Roman orator. Drawing on the teaching of Greek rhetoric and the craft of oration in Roman times, he composed De Oratore to highlight the principles he believed were at play whenever someone planned to speak on an important topic.

While political speeches and legal proceedings were at the forefront of public speaking during this time, the concepts presented here are valuable in the drafting of any nonfiction narrative. Written in 55 BC, and comprised of three books, De Oratore is a dialogue that is set in 91 BC.

Cicero shares a dialogue, reported to him by Cotta, among a group of excellent political men and orators, who came together to discuss the crisis and general decline of politics. They met in the garden of Lucius Licinius Crassus’ villa in Tusculum.

For mankind make far more determinations through hatred or love or desire or anger or grief or joy or hope or fear or error or some other affection of mind than from regard to truth or any settled maxim or principle of right or judicial form or adherence to the laws.

It’s common to believe we make decisions based on logic first and emotions second – does it make sense, and then, do we like it – but sadly the reverse is our reality. Our choices need to feel good first, and if they do, then we look toward the facts as a way to seal the deal.

It’s the same process in storytelling, as well in storylistening. Too often a speaker will want to offer information as their narrative’s foundation, layering on the human elements afterward. I encourage clients to change course and give listeners a reason to empathize before engaging their brains. As I see it, information invites judgement, while emotions invite connection.

The feelings of the hearers are conciliated by a person’s dignity, by his actions, by the character of his life; particulars which can more easily be adorned by eloquence if they really exist than be invented if they have no existence.

While the previous passage dealt with two elements of Aristotle’s rhetoric; Pathos (emotions) and Logos (logic), in this case, however, Antonius is addressing the mysterious nature of the third element – Ethos (ethics).

What is the audience’s gut feel about the speaker? Do they feel he or she is honest, authentic and trustworthy? Some speakers will stretch the truth a bit, embellishing their abilities and track record as a way to impress the audience. But in such cases the audience will usually see through a smoke screen of eloquent delivery.

Keep these observations in mind as you think about the sequence of your story blocks. If the audience believes what you’re saying, then finds their heart touched by your words, and the logic holds up, you will maximize the impact of your story.

Personal storytelling is all about sharing and understanding. The sharing of your experiences, views, insights, opinions, perspectives and wisdom, in the hopes that your audience – in front of people and/or by way of video or audio production – will gain a newfound understanding of the important topic at the center of your story, as well as better knowing you, the speaker.

In order to achieve this enhanced level of understanding, and to foster positive change as a result, there are two questions that I always pose to a speaker as they develop their story:

1) What will the audience think?

2) How will the audience feel?

The thinking part is a mixture of information and logic – the facts that you offer to support your message, and the way in which those facts are arranged. (more on this in a future post)

The feeling part is about the emotional reaction(s) that your audience will have, both during and after your presentation. In most cases a great talk will create feelings of being inspired, empowered and hopeful. Despite the negative aspects and implications that you may reveal during your speech, as problems are rarely upbeat in nature, you also include a proposed solution that invites the audience to participate, thus offering the vision of a brighter future.

Without an emotional reaction to your message,
an audience will simply become apathetic.

Listed below are examples of how an audience might feel during or after hearing your story. It is by no means comprehensive – it’s up to you to determine the emotions that you want to convey in your story – so feel free to add to this collection as you see fit.

As you draft each Story Block while working on your manuscript, think about the emotion you want the audience to feel during each point in the story. While recognizing the importance of word choice, do the words/phrases/sentences as written properly represent those feelings?

And when you enter the presentation phase and begin rehearsing, make sure your voice also matches the intended emotion. This is where vocal variation can really shine in its ability to bring your words to life. Record yourself, then play it back and listen to the tone, volume and inflection of your voice. If you’re rehearsing in front of friends or family, ask them if the emotions in your voice match the intent of your words. They’ll usually hear any mismatches. 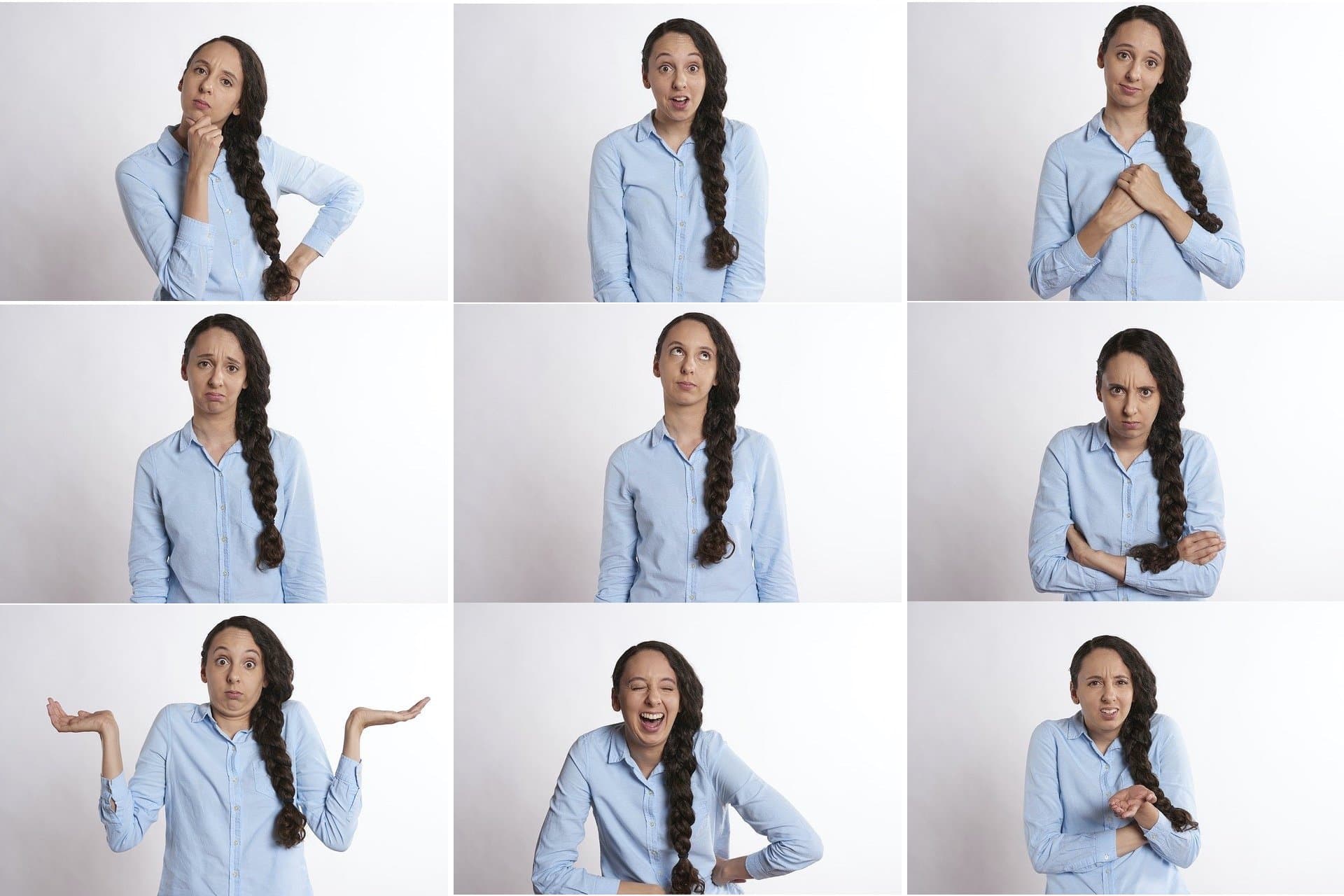 If you spend time, as I do, reading about the art and practice of storytelling you will often come across reference to the notion of persuading or influencing as the objective of crafting and presenting the story that you have in mind. I hear this from other speaker coaches, as well as renowned public speakers, and it’s not wrong, but it’s never been the way I see things.

Having watched a few thousand talks, and worked with a few hundred speakers, the stories which impacted me the most were the ones that informed me, expanded my knowledge, or brought forward a new way of looking at an important issue, not those trying to convince me that their way of thinking was better than mine.

Persuading
Causing someone to do something, or believe something, through reasoning or argument

Influencing
Having an effect on someone with the desire to change their behaviors, beliefs, or opinions

Understanding
The ability to comprehend based on knowledge of a subject, problem, process, or situation

When working with speakers I’ll ask them to think about what their audience will understand differently after hearing their talk. And there’s not a single answer to that question, as each person will have a different mindset before your talk begins.

And while it’s impossible to know what everyone listening understands in the moment, it’s a productive exercise to at least define a number of general categories (half a dozen or so) and then write out how you see their thinking/understanding transform.

For example, “Most people have no idea how big the refugee crisis really is, but after hearing my talk they will understand that nearly 1 in 100 people around the world has been displaced from their home.” [Watch Brian Sokol’s TEDx Talk]

Take that view a level deeper as you think about your audience by age, income, gender, ethnicity, education. How would a native understand your talk differently than an immigrant? Or a college student, as compared to a politician or business leader?

This exercise will prove beneficial while editing your manuscript. Consider your choice of words, and how deep you take your explanation of the issue. Remember, it’s not about having the audience think like you, it’s about them thinking differently than before they heard your talk.