One of the most difficult challenges every storyteller faces is how to compress days / months / years / centuries when crafting a narrative. For example, the Roman Empire lasted some 500 years, yet books on the topic are typically under 500 pages, which illustrates how many facts the authors had to cut. Even when the subject is as narrow as the life of one person, such as Julius Caesar, that same page count only allows for the highlights. Volumes of data are left behind.

So imagine the difficulty in reducing an entire life – and in this case it’s quite an illustrious life – into a twenty minute podcast. Could you compress your life into twenty minutes? Rather frustrating for most folks. But such is the mastery of Nate DiMeo, founder of The Memory Palace, with his insightful story about Robert Smalls. You might call The Wheel a master class in story compression.

This excerpt from Wikipedia will give you some indication of Robert Smalls’ life, though it’s just one chapter of a saga that’s hard to fathom. Listen to Nate’s narrative and you’ll gain a much better sense of Robert’s keen ability to plan and execute. The other thing you will notice is the difference between information – as provided by Wikipedia – and narrative nonfiction – as spoken by Nate DiMeo.

Robert Smalls (April 5, 1839 – February 23, 1915) was an American politician, publisher, businessman, and naval pilot. Born into slavery in Beaufort, South Carolina, he freed himself, his crew, and their families during the American Civil War by commandeering a Confederate transport ship, CSS Planter, in Charleston harbor, on May 13, 1862, and sailing it from Confederate-controlled waters of the harbor to the U.S. blockade that surrounded it. He then piloted the ship to the Union-controlled enclave in Beaufort-Port Royal-Hilton Head area, where it became a Union warship. His example and persuasion helped convince President Abraham Lincoln to accept African-American soldiers into the Union Army.

Even without personal knowledge of the area, and few details of the historical moment, you can still imagine the scene of a blockade off the coast, of Robert’s desire to escape slavery in The South, and the impossible notion of stealing a Confederate boat in order to make his escape. There is the briefest mention of his mother, his wife and two daughters, yet you clearly see the stakes involved in his decision to take that boat, to risk it all. 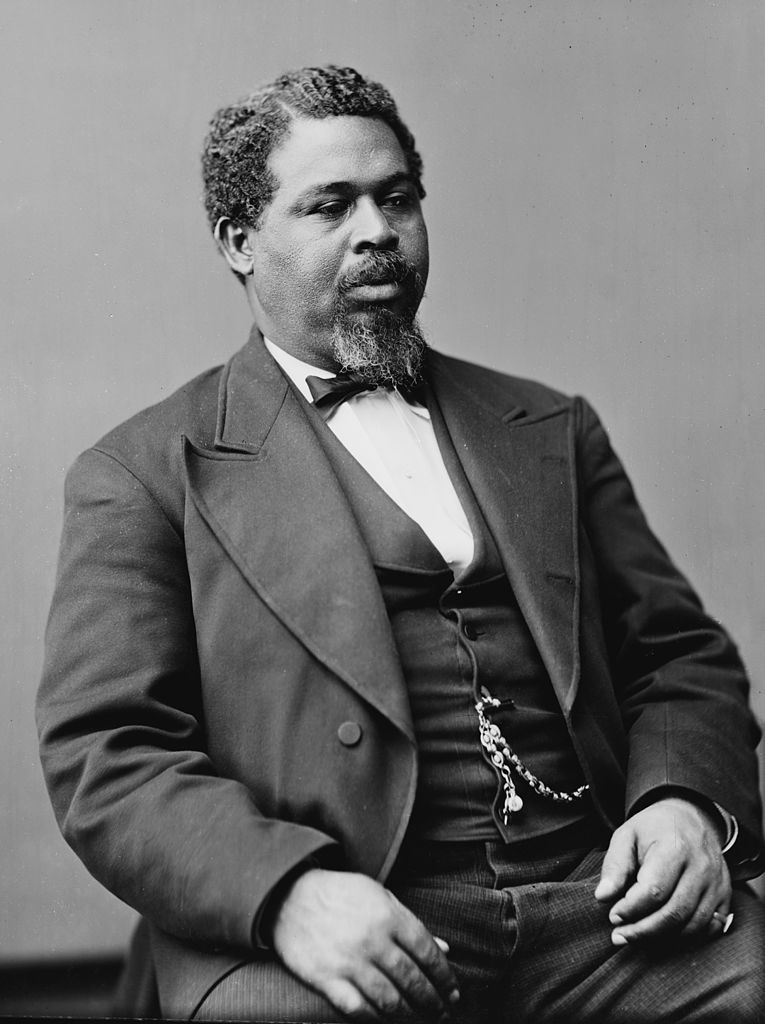 With the visual references to slaves being bought and sold, to being whipped in the fields, you come to embrace the motivation, despite the stakes, to take that boat, to take the wheel, at the age of 23. The escape took hours, but in just a few seconds Nate takes us onboard the Confederate gunboat CSS Planter, where we feel the tension, the odds stacked against success.

I’ll leave it to you to hear the story to its conclusion. To marvel at the fact that his heroic exit from South Carolina wasn’t the end of the story. How he served in the Union Navy.  How he returned to Beaufort after the war, became a politician and served in both the South Carolina State legislature and the United States House of Representatives.

By the story’s conclusion I felt as though I had been listening for hours, while being taken on a magnificent journey of one man’s incredible life. But when I checked the clock, only twenty minutes had passed. Story compression is a time warp, an experience that doesn’t leave you feeling short-changed.

If you have a desire to tell your life story – on a podcast or on a stage – if only to cover the highlights, yet feel that the challenge of compressing your story to a reasonable length is next to impossible, revisit this podcast. In fact, do yourself a favor and subscribe to The Memory Palace. Every episode is a master class in how to captivate an audience and reveal the essence of what it means to be human, and do so in a matter of minutes.